Yeast-free cinnamon rolls means no waiting for the dough to rise or proof! You can having these warm, homemade treats on your table in less than an hour. Not only are these Easy Cinnamon Rolls simple to bake, but they made from wholesome ingredients and are lower in sugar. Yogurt is the key ingredient in both the dough and glaze, making the dough healthier and more tender and the glaze naturally sweet and tangy. These buns are perfect for a special holiday breakfast or weekend brunch.

This post is sponsored by Stonyfield Organic, but all recipes, opinions, and words are 100% authentic and my own.

Kids in the Kitchen: 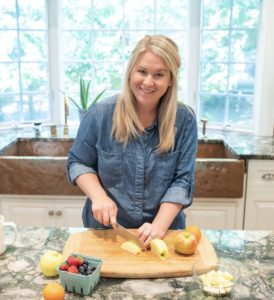